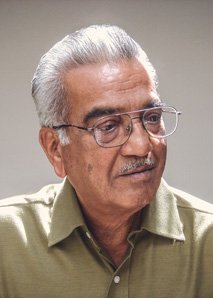 Hasmukh Patel founded HCP as a three-man office in 1960 after obtaining a B.Arch from MS University, Vadodara and an M.Arch from Cornell University, New York. His practice has since grown in strength to over 200 people with a legacy of over 800 built projects. His work covers a diverse range of projects, all of which are practical, modest, easy to maintain and user-friendly structures. Some of his most celebrated projects are the Chinubhai Centre, Patang Hotel, Newman Hall, Centre Point Apartments, St. Xavier’s Primary School, Reserve Bank of India and Dena Bank. He was the Honorary Director at the School of Architecture, CEPT, Ahmedabad from 1972 to 1981 and Dean from 1978 to 1988 during which period CEPT consolidated its position as a premier institution. He served as visiting professor at many universities in India and abroad. Hasmukhbhai was also an avid painter, and loved exploring different mediums of output for his creativity.