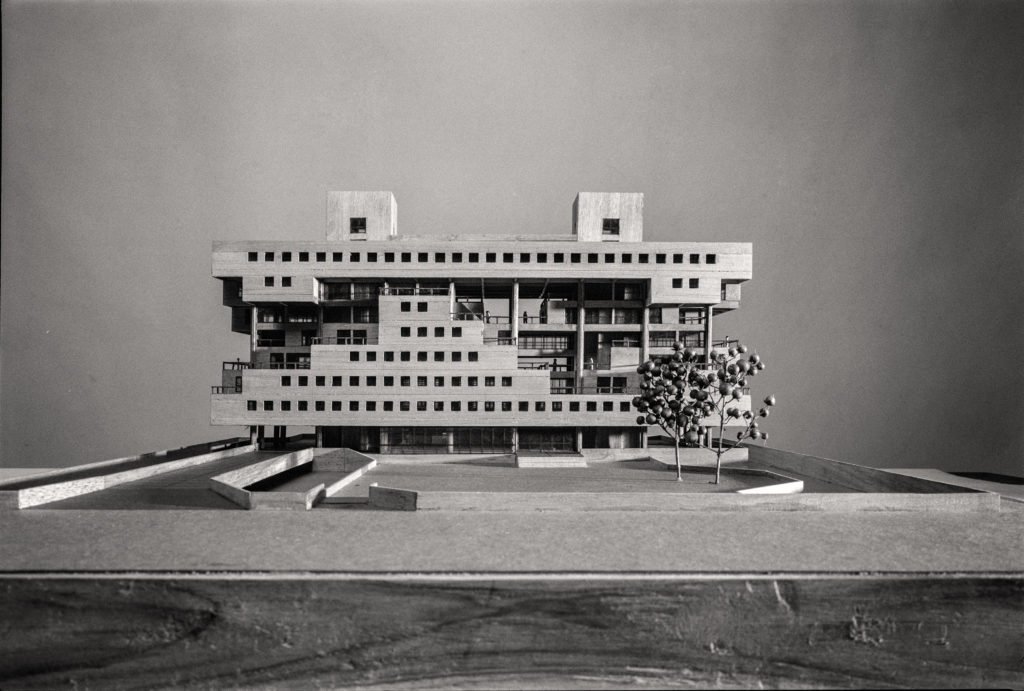 Designed at a time when the Gujarat government was becoming interested in promoting tourism, the Gujarat Tourism Bhavan remains tantalizingly unbuilt. The logical grid of Patel’s plan is as immediately apparent as the drama of his section. The facade, generated by volume as much as by the neat organization of office accommodation, represents a departure. The regular heavy horizontal banding of Patel’s earlier commercial language is replaced by a three-dimensional approach, where manipulation of solid and void are clearly of interest.